Rarity Of Gold – What does it really means? 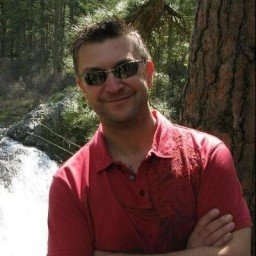 Rarity of gold is misunderstood by many of us. We though that something is rare because it has a small amount of supply. That is true but not necessary can be said to gold. For example, after 22 months of working at this mine, we have finally detected a gold. Some of you will think that gold is rare because over such a long period of time of searching we only have detected it by now. Well, rarity and value of this gold are measured differently. How, let me break it down to you.

Gold In Our History

Gold is one of humanity’s oldest treasures that has been very valuable. In early days in our history, this precious metals are used as a medium of exchange or as a currency. But gold keeps on reinventing itself with time. Now gold is not just a status symbol or used as medium of exchange, it is also a decoration, a garnish, an industrial mover and many many more.

Then we always thought that gold is a rare precious metal, a rare treasure that everybody is dying to get. But that is not necessary true, because gold in real life is abundant. This metals can be found probably in all mountains around the world hiding underneath those rocks and soils. So the conception of it’s rarity has been completely messed up. Let’s dig down deeper into why is gold considered rare when it’s found everywhere.

Theories On Where Gold Came From

Do you ever wonder where gold came from? Popular theories are everywhere in the internet. But there are two scientific explanation on how gold got into earth. The first one is that gold were form through cosmic explosions resulting to nuclear fusion creating atoms of gold and other minerals. The second one is the collision of neutron stars that results in a gamma-ray burst that created the atoms of gold. Both of this theories resulting into a massive shower of metal-rich meteors that may have pounded us in the past. Scientist suggest that there are asteroids lurking into the deeps of outer space and have signs of gold elements. This theories are amazingly controversial. What is commonly known to us today is that gold peppered throughout the Earth’s crust and mantle. They are carried by an extremely hot liquid and semi-liquid rock hot water that dissolves gold deep underground and brings it closer to the surface. Then they are weathered away into little bits and carried downstream by rivers.

Why Humans Wants Gold So Desperately

The biggest single use of gold is jewelry. It accounts for almost half of all gold ever mine. Approximately 90,000 metric tons of golds are used for decorations and jewelries. Another is the industrial used were gold is manufacture for electronics. Gold is a highly efficient conductor in which it can carry tiny currents and remain noncorrodible. Even in dentistry and medicine gold is useful. Specially in finance and investment where golds are used as a medium of exchange and as a currency. Around 30% – 40% of this are use on that category. Gold’s diverse uses accumulate the increased in demand for more.

Large scale mining involves company with many employees. They mine at one or two large sites and stays until the minerals and metals are completely excavated. Because most golds comes from hard rock mining. Large scale mining dig up and process the veins of gold while they’re still in the earth using heavy machineries and tons of workers. It’s difficult and dangerous work that can easily endanger the lives of its employee. Chemicals are used to locate gold. Often used are cyanide and mercury that can leak and pollute groundwaters, rivers and lake. Mining can scar the land for years to come while demand for gold keep on increasing.

Small scale mining usually involves a small group of people. They search together for sites which they think will yield gold or another valuable metal or mineral. The demand for gold drives millions of people around the world to engage in smaller scale mining. People who works can be expose to mercury poisoning among other hazard things or accident that could happen. Sometimes luck can give them the equivalent of their hardship. More often after a day of digging and sifting, hundreds of pounds of earth have been moved, yet only little amount of possible gold is brought home. Worst is that they find nothing.

Conclusion About Rarity of Gold

Generally, it’s an industry with a reputation for crushing and very long odds. This are the reasons why gold is perceived to be rare metals. The difficulty to mine at any real volume in any given time. For every ton of rocks and soil processed at an average deposit, you can expect about 3 out of 100 an ounce of gold. That is far less than mining of other minerals. The truth is gold supply is often more about economics than gold volume underneath earth. Rarity of gold is defined by it’s difficulty to mine and the cost of each companies mining operation. That is what gold scarcity means and that is why gold is so valuable.